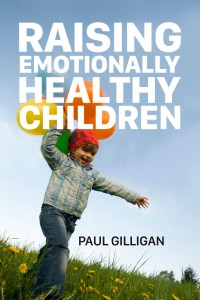 I am a 30 year old teacher and I have no childen of my own as yet. I have been in a serious relationship for over three years and we will probably marry soon.

I was the only girl with two brothers, one older than me by a year and one younger by eight years.  As with any other child of the 1980s, I remember both my parents being very hard workers.  Dad did a variety of jobs to pay the bills, everything from driving trucks, delivering milk, being a barman and working in sales.  Mam worked part-time in a clothes shop and full time in the home.  When they got married mam and dad bought a house in an area of the city far away from where they grew up because that’s all they could afford. Both of my parents are the eldest child of large families. Due to that we always had extended family running away to our house.

I started primary school in 1988. Our house was very close to the school, so much so that my bedroom window looked onto the school yard.  My mam still likes to remind me of my first week in school.  She tells me that after walking me by the hand and leaving me in the classroom, she would arrive home to find me sitting on the door step, with a big smile on my face, saying “I’m home”.  My parents decided to move to a new area in 1996, I think they chose to do so because it coincided with my little brother starting primary school and me starting secondary school.  It made the move much easier.

When I was eight years of age and a couple of weeks after my little brother was born, my dad nearly died.  His bowel ruptured suddenly and he was taken into hospital.  My parents talk about it in a very matter of fact way now and at that time I do not recall knowing how serious it was.  I remember dad being unwell but I do not remember being afraid.  When I look back now, I think the absence of fear was due to my parents working together as a team to minimise the impact.  My mam arranged for her parents to come to our house, so apart from dad being missing nothing else changed.  Mam would come home from the hospital and come in to say goodnight.  When I think of it now, she must have been so tired and worried but I never knew.  Mam always had this way of looking at me and rubbing my hair across my forehead, even without saying anything that let me know that she loved me and that everything was going to be ok.  When we visited dad in hospital, he never made his pain or discomfort obvious, I only ever remember him smiling and talking about how he missed us all and how he could not wait to come home.  My parents were always supportive of one another which meant that nine times out of ten both of them gave the same answer to any concerns or worries that we had.  If dad said they he would get better and be home soon, mam said the same thing.  This consistency helped get through tough times.

I always remember my parents being approachable.  If I had a problem or I was in trouble, I knew that I could always go to them for help.  Mam was the worrier / saviour and dad was the been there, done that realist.  When I had a problem, I never felt alone.  This feeling has continued into adulthood and even though our relationship has changed, I still confide in them and ask for their opinion.  It is easy to be happy when you know that whether you make good or bad choices you will be supported to put things right.

Laughter is another way that my parents taught me how to be happy.  When I was a child my mam’s sisters would come and stay with us.  I remember my dad playing practical jokes on all of them but he really used to torture one in particular.  Some of my fondest memories are of when my dad hid his dirty smelly socks in her pillow case. As much as I remember my parents dealing with everyday mundane issues, I always remember that fun and devilment were a necessity in our house.

My parents have always encouraged me to follow my own path and to make my own choices.  Their only expectation of me was that I would be able to feed, clothe and shelter myself and that I would be happy.  As a result of this my parents enabled myself and my siblings to own our achievements and success.

My mam was quite hilarious when it came to her attempts to make me feel good about myself and it has become a joke amongst my friends.  From an early age, whenever I encountered interpersonal difficulties with my friends, teachers, etc… my mam would immediately and without fail say “they are just jealous of you”.  After she said it and enquired about what had happened she would sometimes have to back track gracefully but it was always and continues to be reassuring to know that my mam’s initial response is to defend me.  We both laugh when she says it now.

I was diagnosed with Type 1 Diabetes when I was six years old.  Neither of my parents families had a history of the illness, so I was the first and last (thus far) to experience it.   I had two surgeries for a seriuos illness when I was nine and ten years of age.  I was close to death following the last surgery.  My mam tells me now that I got gangrene and that the doctors told my parents that I would not make it and that they should say goodbye. Against all odds, I pulled through.  Much of my childhood was spent in hospital.  By the time I reached my teenage years I knew the consultant by her first name and had met most of the nurse’s children. Despite my frequent admissions and tendency to come close to death, my parents never treated me any differently to my siblings.  I do not remember my parents using my diabetes or surgeries as an excuse.  My parents and extended family adopted a “well you’re better now, let’s get back to normal attitude”.  This attitude helped me greatly because it meant that I never felt different and I just got on with things.  My parents never let me know how seriously ill I had been and lucky for me, they did not become anxious or over protective about my well being.  They cared for me when I was sick and encouraged me to get back to normal when I was better.

I think I am an emotionally healthy person now because I recognise and accept that throughout life I will experience both positive and negative feelings.  I do not expect life to be full of happiness but I recognise that I can make life easier for myself.  I tend to try to find the positive side of every situation.  This normally involves adopting a “well things can’t get any worse” attitude. You would be surprised at how reassuring that proves to be.  Facing a challenge thinking that things can only improve is half the battle won.  I also recognise that my emotional health is heavily influenced by my relationships with other people, so I try to surround myself with people who are positive and who do not take themselves too seriously.